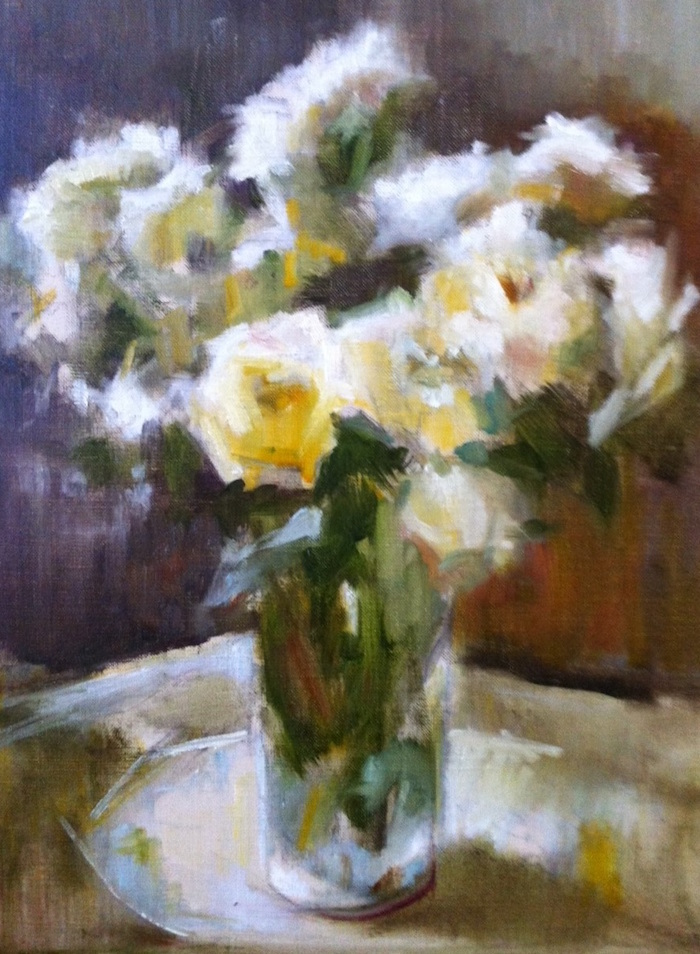 Trained at the National Academy of Art and Graphic Design in Hamburg, Germany, Gabriele Koenig Rewis received her degree in 1985 and was recognized as one of the best new designers in North Germany that year. After moving to the U.S., Gabriele worked as a Freelance Designer, and in 2001, she went back to painting fine art. Gabriele has won several prizes at the Scottsdale Artist School Annual “Best and Brightest” show, a competition that draws entries from around the world. In 2007, Gabriele won "Best of Show" in two dimensional work, at the American Women Artists Competition for her "Orange Zest" painting. In 2008, she was Finalist at the Salon International Museum of Contemporary Art, with her painting "Sitting Shyly". In 2010-2013, Gabriele was Finalist at the 6" Square Show in Costa Mesa, California. In 2013, she was Finalist and Winner of the Stroke of Genius Competition for "Charlotte," which was later published in the book "Art Journey: Portrait." Gabriele has been featured in the American Art Collector Magazine, February 2009 issue, in a 4 page article, as well as in South West Art Magazine, in October 2010. Gabriele is a member of the Portrait Society of America, Oil Painters of America, American Woman Artist, and Royal Society of Portrait Painters, UK.